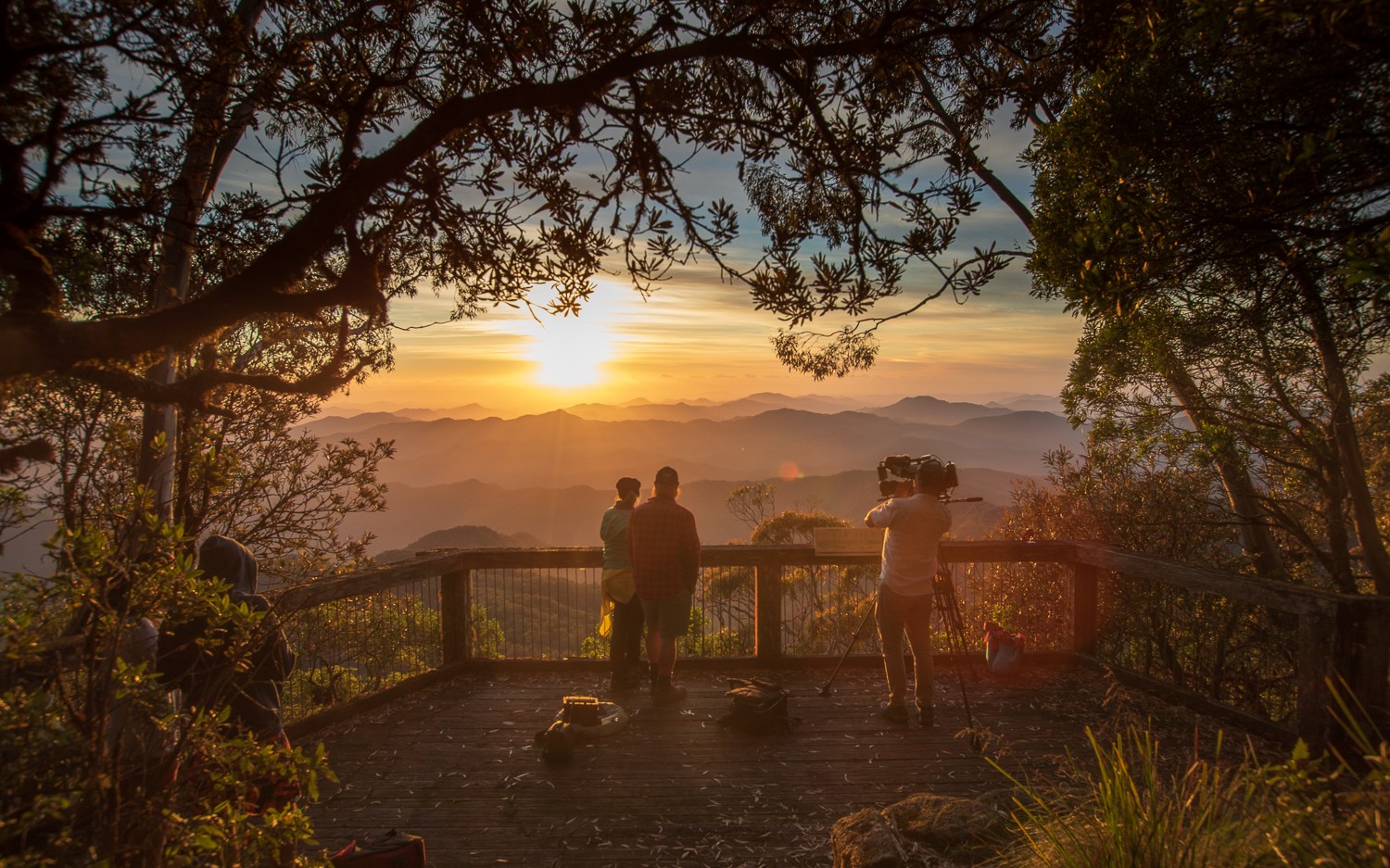 In the depths of winter, mist can drape New England National Park like a chiffon veil, settling silently in the valleys and lingering for hours. Moss-covered Antarctic beech, which have thrived on the Great Dividing Range for aeons, assume a ghostly appearance on such mornings – and deep within the cool temperate rainforest, Weeping Rock becomes festooned with icicles. Here you can step back more than 100 million years ago to the ancient supercontinent of Gondwana.

“Even hardened souls can’t help but find this place captivating,” says John Davidson, a long-time local and volunteer guide. “It’s a photographer’s dream down in these moist gullies and in winter you are likely to have it all to yourself. On top of the escarpment, the panoramic views are just as impressive.”

On a clear day the vistas from Point Lookout can stretch up to 60km across velvety swathes of World Heritage-listed wilderness to the Pacific Ocean. With a decent pair of binoculars, you can even see breakers rolling in to the beaches.

The lookout serves as a fantastic open-air geological classroom, showing the graphic legacy of the massive Ebor Volcano, which was active until about 19 million years ago. Its repeated eruptions formed the rock of the plateau’s edge and the surrounding caldera, and subsequent erosion has sculpted the precipitous cliffs best seen from Point Lookout to the north, or on the one-hour Banksia Point circuit walk.

Although he has been visiting New England NP for more than 50 years, naturalist and botanist Peter Metcalfe never tires of it. “It’s got everything from cold-tolerant snow gums and tussocky snow grasses at higher altitudes, to the Antarctic beech in the…gullies, to the warmer rainforests of coachwood and sassafras down on the lower slopes,” he says. “Then there’s the subtropical rainforests [of booyong, yellow carabeen and red cedar] and other areas of heath, swamp and mallee.

“The rocks, aspects and altitudes change throughout the park, providing a huge range of habitat for different plants. Like other national parks in the region, many sections are still relatively untouched. I think they are one of the state’s best-kept secrets.”

The sheer wildness of the national parks on New England’s dramatic eastern escarpment has been their saving grace. Visitors who brave the often sub-zero winter temperatures – and possible snowfalls – can enjoy secluded valleys entirely to themselves. The high-country parks are equally inviting in spring and summer, when temperatures are a good 5°C cooler than on the coast.

Then the forested gorges, awe-inspiring waterfalls and hidden pools provide welcome relief, and, depending on the season, Cathedral Rock National Park may be embroidered with orchids, banksias and heath blooms. Whether it’s a family picnic, a spot of fishing, kayaking or a serious wilderness bushwalk, the reserves extending from near Wauchope north to Tenterfield offer something for everyone.

The largest, Oxley Wild Rivers National Park to the south-west of New England NP, is also part of the Gondwana Rainforests of Australia World Heritage Area. Unlike its older counterpart, Oxley Wild Rivers NP is distinguished by its many waterfalls and the dry rainforest that coats its gullies and slopes. A number of rivers plunge over cliffs to create one of the largest gorge systems in Australia and they provide secluded swimming, canoeing and fishing at 12 different visitor areas.

Lookouts at Apsley, Dangars and Wollomombi falls (the last, at 220m, is the highest waterfall in the state) provide breathtaking perspectives at every turn and the easy 1km Apsley Gorge Rim loop walk has the pick of scenic views, interrupted only by an occasional wedge-tailed eagle or peregrine falcon.

Four four-wheel-drive-accessible visitor areas and famed Green Gully Track are for more serious explorers of the park’s remote heart; the track traverses elevations from 1100m down to 300m. Ranger Piers Thomas reckons the track is “one of the best places in the world” to see brush-tailed rock-wallabies (see page 119) bouncing about rocky outcrops, and hut accommodation means campers need not carry a tent.

Like Oxley Wild Rivers NP, powerful forces along the Demon Fault Line have shaped another of the region’s prominent national parks – Guy Fawkes River National Park, halfway between Armidale and Dorrigo. Magnificent old-growth blue gum and tallowwood forests have endured, thanks to a dedicated campaign in the early 1990s. When Chaelundi State Forest was threatened with logging, protesters highlighted that it was home to the highest density of tree-living mammals in Australia – including greater gliders, ring-tailed possums and forest owl species.

Thankfully, the Land and Environment Court agreed and moved to protect this “veritable forest-dependent zoo, probably unparalleled in south-eastern Australia”. Most of the 7000ha of threatened forest was incorporated into Guy Fawkes River NP and development of the state’s first threatened species legislation and large additions to its reserve system are said to have been inspired by that decision.

Many visitors orient themselves at Ebor Falls Lookout, at the head of Guy Fawkes River Gorge and where the river plummets off the tablelands. Walk into the gorge and follow it a short distance upriver, tackle the three-day walk to the north, or, for more experienced bushwalkers, traverse a section of the Bicentennial National Trail (see feature on page 76) between the pastoral properties of Marengo and Broadmeadows. “Most of the time you’re unlikely to see another soul,” says ranger Jesse James.

The ghost town of Dalmorton, including the ruins of the police station and the renovated prison dock – it serviced a bustling population of several thousand during gold rush days in the late 1800s – is another attraction of Guy Fawkes River NP.

Gold nuggets will be hard won these days, but throughout the New England region there are many other opportunities to enjoy the thrill of discovery.

One of the most spectacular waterfalls along the aptly named Waterfall Way is Ebor Falls, the majestic falls are adjacent to the tiny town of the same name, Ebor. Fusspots at Ebor is a sweet, family-friendly café offering a classic lineup of sandwiches, salads and light meals, plus a kids’... 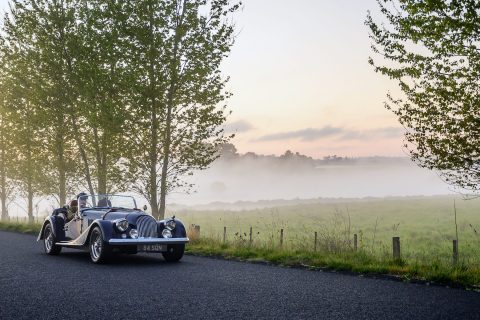 Over the past year, COVID lockdowns have restricted the way we travel and the way we interact, depriving us of the simple things we often take for granted. Things like catching up with mates or being able to jump in the car and go for a long drive. Now, the... 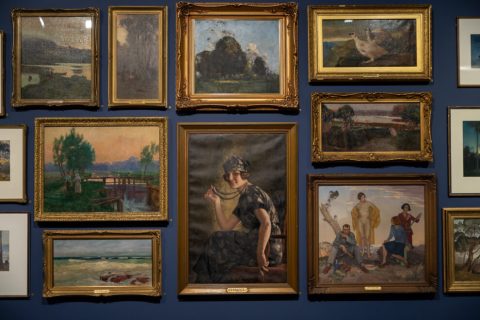 The Howard Hinton Collection at the New England Regional Art Museum is the result of one of the greatest acts of artistic philanthropy and benefaction in Australian history. Between 1928 and 1948 a collection of over 1000 artworks by leading Australian artists were donated to the newly constructed Armidale Teachers’...