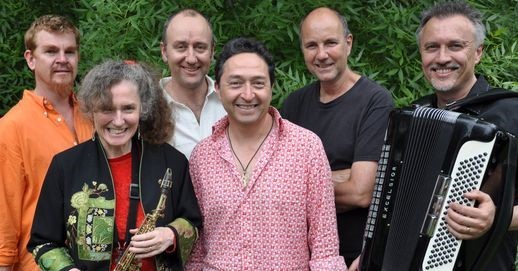 Formed in 1991, The Catholics are one of Australia’s most distinct contemporary ensembles. Over three decades, they have formed a unique body of beautifully crafted music that takes in various African, Caribbean, Latin, and Eastern influences. Band leader, composer and bassist, Lloyd Swanton, is well-known across Australia and internationally for his work with improvising legends, The Necks, as well as appearances on over 100 albums, many of them ARIA Award winners, for artists including Vince Jones, Wendy Matthews and Bernie McGann. Joining him, an all-star septet deliver live performances that are consistently uplifting and full of joy. To celebrate their incredible musical legacy created over three decades, The Catholics will perform their favourite pieces as well as premiering new work for Armidale audiences.

This event is supported by SIMA’s Regional Touring Program, Restart Investment to Sustain and Expand (RISE) Fund – an Australian Government initiative, Create NSW and Australia Council for the Arts.