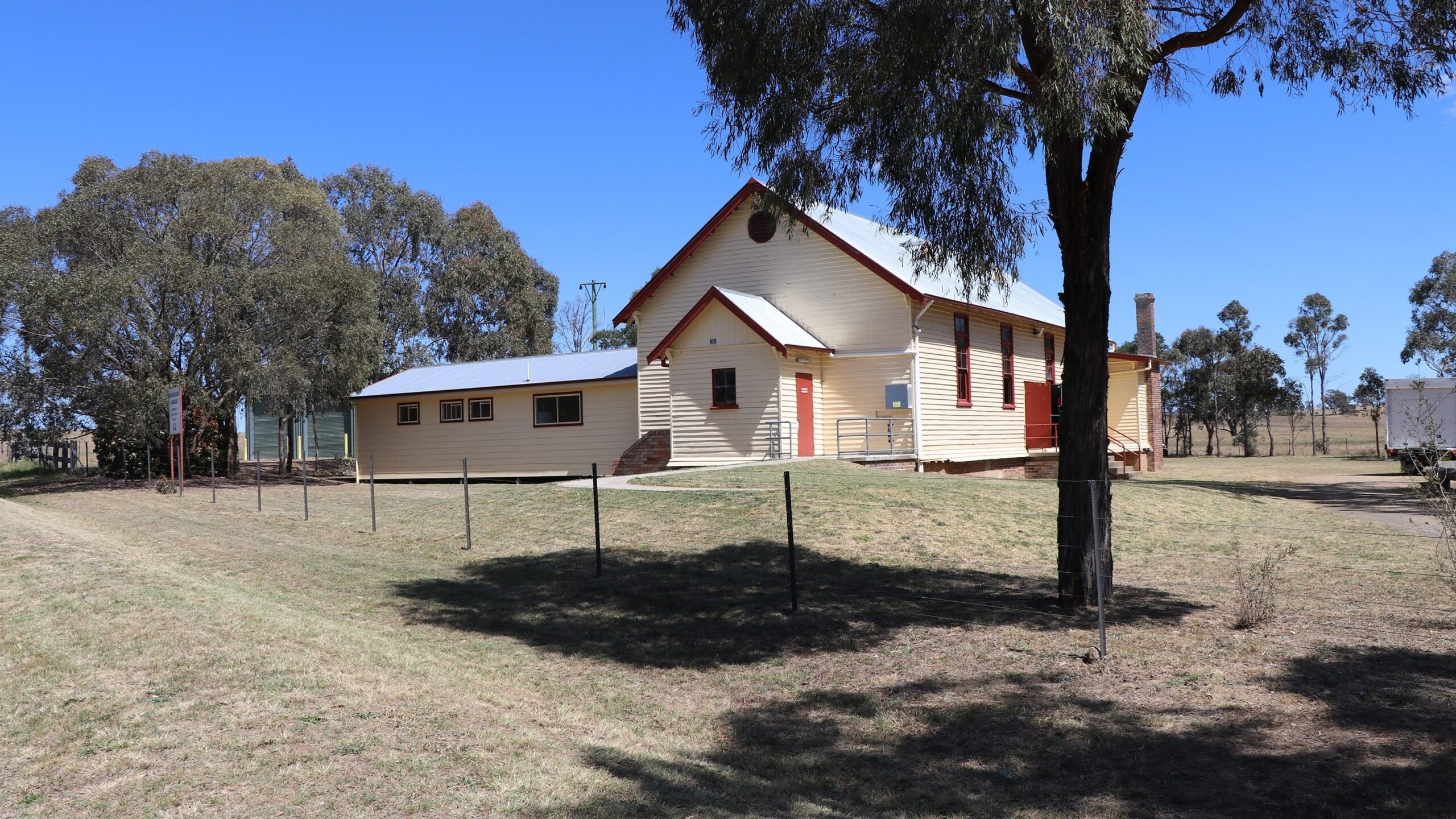 Celebrations will commence at 11.30am with a Lions Club sausage sizzle, the Armidale Pipe Band, games and displays including veteran cars and displays of old farming equipment. At 1.30pm, Adam Marshall MP will open the event in the hall to celebrate the history of the hall in short talks and music with the NECOM choir and the Kelly’s Plains school children, the Mayor, Sam Coupland, will unveil a noticeboard outlining the history of the hall, the cutting of a birthday cake, followed by a high tea. All welcome, dress up if you feel like it and enjoy the day.

A largely unknown fact of the Hillgrove connection to the historic Dangarsleigh Hall is being recognised with a 125 year celebration event.

The story of the hall does not commence in Dangarsleigh on the outskirts of Armidale, but in the historic gold rush town of Hillgrove east of Armidale in 1897. The Hillgrove settlement exploded after gold was accidentally discovered by George Smith, manager of the Garibaldi Mine in 1887. The building of St Michael’s Catholic Church was followed by a small convent for three sisters of St Joseph in 1891. A school was immediately opened in the convent with 70 students, which grew to 210 and a larger building known today as the Dangarsleigh Hall was needed.

From a booming town of 3000, the fortunes of Hillgrove took a downturn with World War One and the decline of the mining boom of the 1890s. By 1920 many miners and their families had gone, businesses and services closed and buildings were being dismantled. The convent closed, the nuns left and in 1922 builder, G Collins, purchased and dismantled the school building.

The Dangarsleigh community grew after sales of a 73 lot subdivision of farmland ranging in size from 40 to 360 acres in 1909. Families taking up these small holdings soon had a school and church and when the opportunity arose to purchase the Hillgrove convent school building, the Dangarsleigh Hall Committee was formed. One acre of land adjoining the church and school was donated as the site for a hall. The dismantled Hillgrove Convent School of St Josephs was purchased for 790 pounds and reconstructed. From completion in 1922 the Dangarsleigh School of Arts Hall hosted regular events.