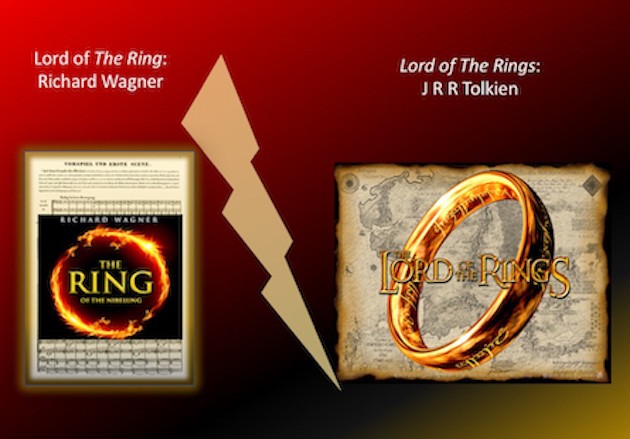 For many years, fans of J.R.R. Tolkien’s book Lord of the Rings swept aside any suggestion that it was based on Richard Wagner’s four-opera Ring cycle.  Tolkien himself scoffed at the idea.  Yet, in the wake of Peter Jackson’s blockbuster film trilogy, more and more people saw Lord of the Rings as a profoundly Wagnerian blend of epic myth and powerful music.  This talk, incorporating video clips and recorded excerpts, will explore the fascinating links that connect Richard Wagner, the original Lord of the Ring, with Tolkien’s book, Peter Jackson’s films and Howard Shore’s Oscar winning soundtrack scores.

Heath Lees was Professor of Music at the University of Auckland for nearly 30 years, also hosting the TVNZ weekly Arts Programme Kaleidoscope.  His principal interests being Wagner and the relationship between music and literature, Heath has toured most of the Wagner Societies in the USA and Canada, and since 2010 has regularly lectured for ADFAS.  In 2013, 2016 and again in 2018 he delivered pre-opera presentations for The Ring and The Mastersingers in Melbourne.