ADFAS: Acquired Taste: The invention of the restaurant in 19th Century Paris 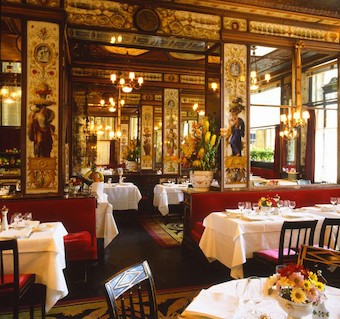 Life without restaurants is hard to imagine.  In fact, the first such establishments, in France, were for the fastidious who shunned eating and required a restorative broth or restaurant.  It was for such delicate stomachs that the Palais Royal offered dining rooms with separate tables, menus, fixed prices and flexible hours.  After the Revolution, the unemployed cooks and maîtres d’ of the aristocracy finally began introducing the paying public to the delights of their cuisine.  This lecture investigates the early Parisian restaurants and gastronomes as well as the invention of modern cuisine with Escoffier at the Ritz.

Melbourne-based academic Sylvia Sagona has qualifications and teaching experience in art, literature and sociology, partly acquired while living in France and Spain.  She also operates a historical tourism company offering specialized art and literary tours to France and Italy.  She has been commissioned by French television and SBS to write a documentary on the invention of shopping in 19th century Paris, while also preparing a programme on Josephine Bonaparte and the Australian flora at Malmaison.